MS International Law is run by its founder, Melanie Schärer, and is an established and independent Swiss law firm near Lake Zurich with a strong international focus. 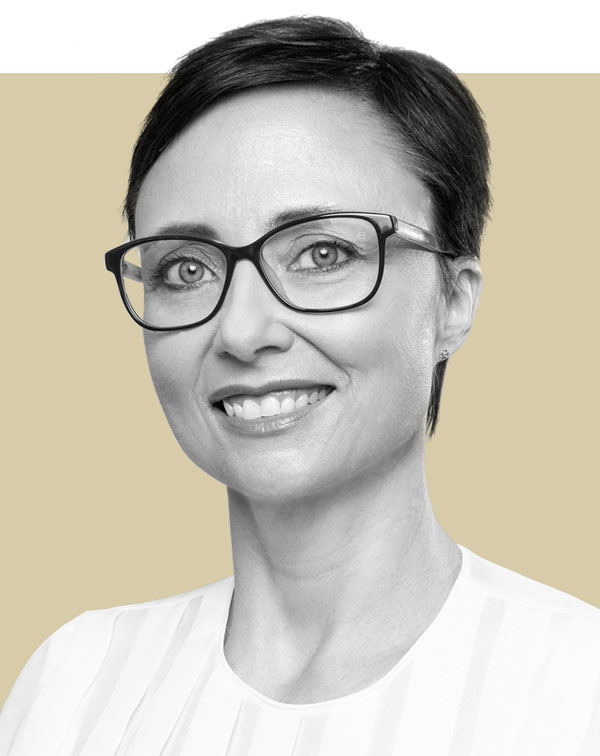 «It is no use saying, ‘We are doing our best.’ You have got to succeed in doing what is necessary.» Winston Churchill

Melanie Schärer is a Swiss sports lawyer admitted to the Swiss Bar. She acquired her knowledge about football law from the first and best possible source, where the rules are made, and the cases are decided: FIFA. After leaving FIFA, Melanie Schärer established her own law firm, MS International Law. Since more than eleven years, Melanie Schärer has been representing football players, coaches, clubs, federations and agents from over 57 countries in more than 600 arbitration processes and in several languages and has supported and advised clients on countless football transfers and eSport projects, all with an exceptionally high success rate.

CURRICULUM
• Managing partner at MS International Law (since 2010)
• Executive Master in Art Market Studies at the University of Zurich (2013)
• Associate at Greenberg Traurig LLP (2008/2009)
• Group Leader Players’ Status Dpt. at FIFA (2005-2008)
• Admission to the Bar (Canton of Schwyz, 2004)
• Law clerk at the Administrative Court of the Canton of Schwyz and at the District Court Höfe
• Intern at a law firm in the Canton of Schwyz
• Law studies at University of Fribourg, Switzerland (2000)

RIGHTS OF AUDIENCE
• All courts in Switzerland (registered in the Bar Register of the Canton of Schwyz)
• All international arbitration bodies (e.g., FIFA & CAS).

WHY I AM DOING MY JOB
I can’t stand it when people are being ripped off or their rights disregarded. This is where I want to help. I also love finding the solution and the necessary strategy for my clients’ legal problems and defending them in court.

WHAT I CARE ABOUT
Family, justice, trust, diligence, respect.

WHAT I ALSO FEEL PASSIONATE ABOUT
Discovering new countries; learning languages (at the moment I am enthusiastic about the Russian language); fashion, i.e. I would need a bigger wardrobe again; interior design; music is always playing at my place; I can’t resist a good meal and a good book; and I like to recharge my batteries during a walk through the city or a hike through the beautiful natural landscape of Switzerland. 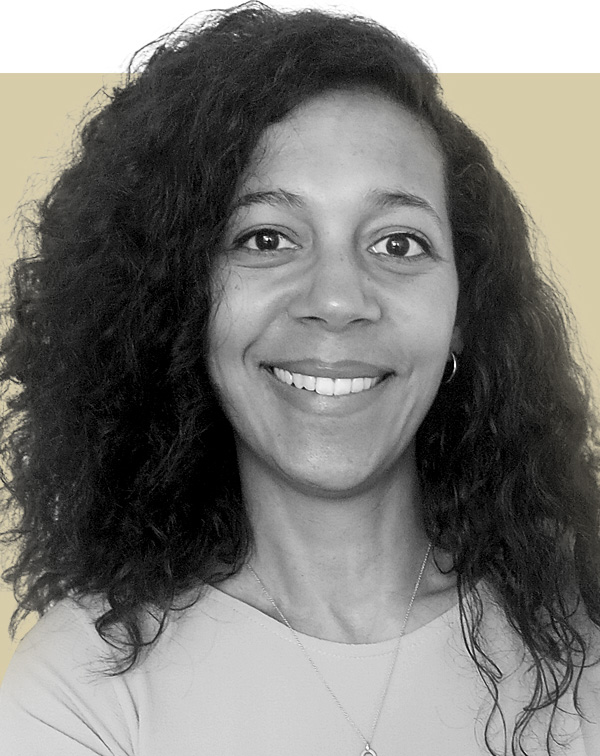 Isabel Falconer is a French lawyer with an extensive experience in the field of sports arbitration, having worked for more than ten years in a leading position at FIFA’s Players’ Status Department. She advises and represents clients on contractual disputes or transfer disputes before the various sport instances such as the FIFA Football Tribunal or CAS. Her profound knowledge and understanding of the football regulations, in particular in relation to registration, employment and transfer issues, allow her to provide expert, tailor-made advice in accordance with clients’ needs.

WHY AM I DOING MY JOB
I am very passionate about sports arbitration, an area which I grew familiar with through my experience working at FIFA. At MS International Law, we focus on providing a high-quality service and maintaining a longstanding relationship with our clients. It is this search for the best solutions for our clients and the satisfaction of a job well done that motivates me to do what I do.

WHAT I CARE ABOUT
Raising my children, treasuring the wonders of nature, keeping an open mind to other’s opinions and beliefs.

WHAT I ALSO FEEL PASSIONATE ABOUT
On my free time, I enjoy the great outdoors in the beautiful region of Graubünden, Switzerland. I love to travel and discover new cultures, in particular architecture, food and music. 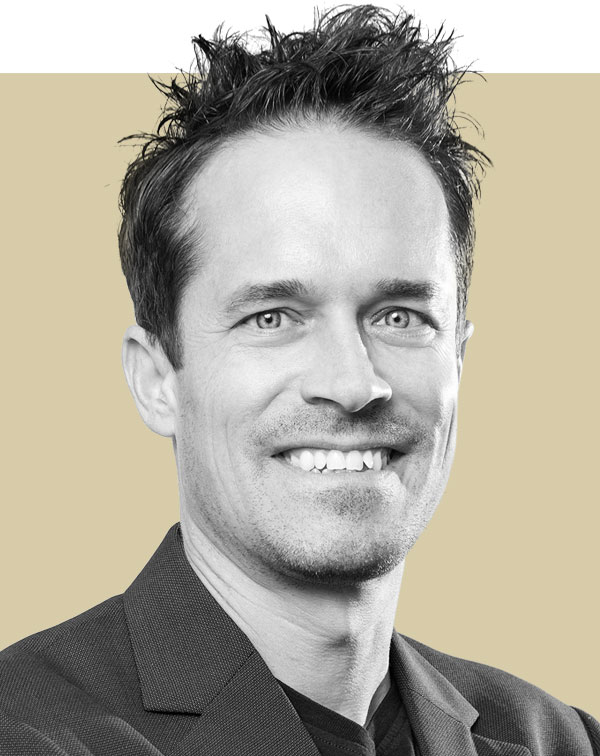 Gaudenz Koprio is an experienced sports lawyer, advising clients on transfers, training compensation and employment-related disputes and representing them in litigation before international arbitration tribunals. Gaudenz Koprio is recognised for his outstanding work as a specialist in handling sensitive and complex cases relating to player registration in general and, in particular, the protection of minors, the conduct of CAS proceedings in this regard and legal issues relating to the transfer matching system (TMS).

WHY AM I DOING MY JOB
I have always been fascinated by sports, especially football. My job at MS International Law allows me to pursue that passion, along with my commitment to justice, by working in a great team and in an exciting international environment every day.

WHAT I CARE ABOUT
Whatever I do, I do it with conviction and full commitment. Values such as trust, loyalty and honesty are extremely important to me, both in my private and in my professional life.

WHAT I ALSO FEEL PASSIONATE ABOUT
I am magically drawn to the mountains and the sea. I enjoy hiking, biking, skiing or surfing in these power spots. I also enjoy a fine meal in good company or a good book. 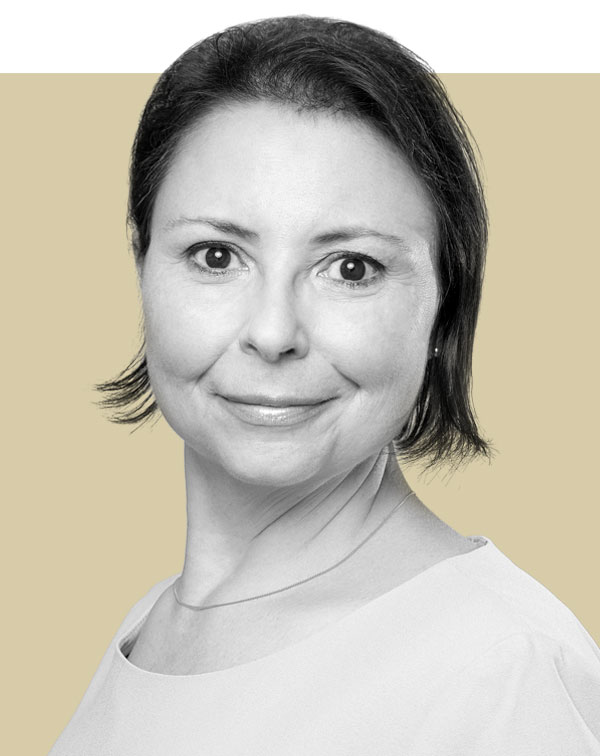 «You have to try the impossible to achieve the possible.» – Hermann Hesse

Andrea Cercamondi is responsible for the Human Resources department at MS International Law. She is also passionate about organising and coordinating meetings, interviews, events and trips. She is meticulous in managing the firm’s accounts and ensures that all documents and files comply with MS International Law’s high quality standards.

WHY I AM DOING MY JOB
For me there is nothing better than working with my sister, supporting her in the office and taking care of little things. I enjoy being creative and it gives me great pleasure to implement new ideas in a team. It is incredibly beautiful to see how our clients thank Melanie Schärer for helping them securing their rights. I also like my job at MS International Law very much, because I can learn a lot of new things here and constantly improve my skills.

WHAT I CARE ABOUT
Family, Health, Mindfulness, Honesty

WHAT I ALSO FEEL PASSIONATE ABOUT
Seniors, because they have a lot to tell; handkerchiefs, because they are good for us and the environment; I have a weakness for beautiful hotels; I get strength from the sun and I love the wind and water; I am always available for a social evening with good friends.

Our Law Firm is in the heart of Switzerland, approximately 35 Km. from the Home of FIFA in Zürich and around 2.5 hours by train from the Court of Arbitration for Sport (CAS) in Lausanne.

Congratulations to our client Envigado FC for their success before CAS in the case against CA Rosario Central related to the transfer of the player Duván Vergara, as well as for their second success before FIFA related to the 20% sell-on fee in connection with the onward transfer of said player from CA Rosario Central to América de Cali. What was the main challenge in this case? Well, it was all about mastering Swiss Civil Procedural Law and defending those principles at the highest level. Fortunately, at MS International Law we are experts in this field!